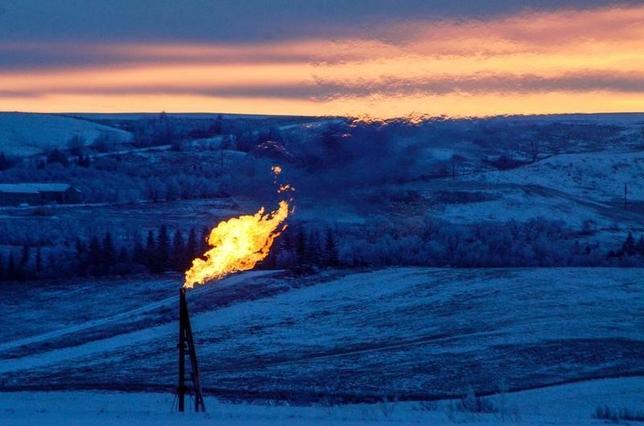 (John Kemp is a Reuters market analyst. The views expressed are his own.)

The U.S. natural gas market is on an unsustainable course as low prices stimulate strong growth in consumption while production is flat or falling.

Power producers burned 2,238 billion cubic feet of gas between December and February, an increase of more than 11 percent compared with the previous winter (tmsnrt.rs/29IWmUU).

Power generators are on course to burn a record amount of gas in 2016, according to the U.S. Energy Information Administration.

The power sector accounts for around one-third of gas consumption in the United States and its gas use is set to rise by nearly 5 percent in 2016.

At the same time, gas production is flat, or even falling slightly, as drilling falls to the lowest level in more than 30 years.

Gas production this winter was just 2.6 percent higher than a year earlier and the growth rate has slowed further in the first half of 2016 (tmsnrt.rs/29IWjII).

Rapid growth in gas consumption is inconsistent with stagnating production. But the imbalance has been masked by the engorged stockpiles carried over from 2015 and a mild winter.

Gas stocks hit a record 4,009 billion cubic feet in November and were still at seasonal record levels as winter ended in March (tmsnrt.rs/29AeW5P).

The year-on-year increase in gas stocks has narrowed every week for the last 17 weeks in a clear indication that the overhang of inventories is clearing (tmsnrt.rs/29AeeFm).

Gas prices will eventually have to rise to encourage more drilling and moderate further growth in power producers’ gas combustion.

As a result, hedge funds have become progressively more bullish about the outlook for gas prices since November 2015.

Hedge funds and other money managers have accumulated a combined net long position in the two major NYMEX and ICE futures and options contracts equivalent to 869 billion cubic feet of natural gas.

It marks a huge turn round from November 2015 when hedge funds held a combined net short position equivalent to 1,709 billion cubic feet (tmsnrt.rs/29AezYM).

Hedge fund position-building has both anticipated and accelerated the expected recovery in gas prices over the next 12 months.

Futures prices for gas delivered at the end of next winter in March 2017 have risen from less than $2.50 per million British thermal units in February to around $3.25.

In the last 10 days, futures prices have eased, which looks like a correction and profit-taking after a long and sustained rally.

But it seems likely prices will need to be higher in 2017 than in 2015 and 2016 to rebalance the market by restraining consumption growth and encouraging faster production increases.