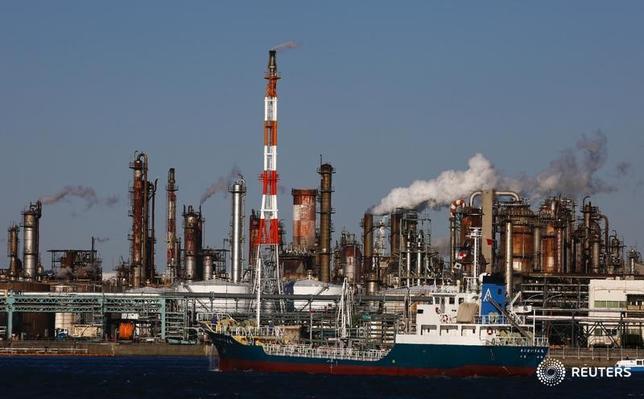 A ballooning spread between the price of U.S. and European oil, coupled with lower shipping costs, has traders scrambling to take advantage of what may be a brief window of opportunity to ship crude to higher priced markets.

The premium for Brent futures relative to U.S. West Texas Intermediate (WTI) crude rose above $1.50 barrel on Thursday, its largest level since April, up 50 cents from the start of the week WTCLc1-LCOc1.

European futures have mostly traded at less than a dollar premium to the U.S. benchmark for the past two months, effectively closing off the opportunity to move oil across the Atlantic profitably. Traders typically move crude to markets where it can fetch a higher price, an economic structure known as arbitrage.

With the closely watched spread now widening, ship brokers said the appetite for Aframax tankers, which can carry around 700,000 barrels of product, has picked up, the first sign that traders are positioning themselves for exports.

The United States lifted its decades-old ban on exporting crude in December, but since then opportunities to ship out U.S. crude have been limited by poor economics and a global glut in oil. Brent futures only briefly traded close to a $3 a barrel premium to WTI this year, whereas last year the spread hit a high of nearly $13 a barrel.

U.S. crude futures have lately faced increasingly bearish pressure, with WTI futures CLc1 down about 10 percent since the end of June; it settled at $44.75 a barrel on Thursday.

The opportunity to move crude as a result of the opening of this spread may be limited.

“Over the longer term we expect a stable and low WTI-Brent spread as U.S. domestic inventories return to historical levels. We may see an uptick in arbitrage-driven trading until that happens,” said David St. Amand, owner of Navigistics Consulting.

Swiss commodities firm Vitol VITOLV.UL was said to have put two Aframax vessels which can carry crude, the Seagrace and Primorsky Prospect, on “subs” this week, which is a way to tentatively book a vessel for loading, according to three sources.

Both ships are fixed to move from U.S. Gulf Coast to Europe at between 55 to 60 percent of the Worldscale shipping rate, according to Thomson Reuters Eikon data. That translates into roughly $750,000 to $800,000 for the voyage, which is down from around $1.5 million when demand is more robust, shipping brokers said.

One ship broker, who was not authorized to speak to media, said folks “are jockeying for position,” as they try to “export crude to whomever will take it.”

Discounts for pipeline space traded on the secondary market may also make exports more viable because they reduce the cost of shipping oil to ports on the Gulf Coast.

To be sure, several sources said the economics were still too tight for their shops to make exports work. They noted the current spread favored those with committed space on certain pipelines, access to ships, or refining and storage assets.

“Players with a system – pipe space, tankers on time charter or a refinery short will have better econs than those looking to do spot business,” said Dominic Haywood, an analyst with Energy Aspects.