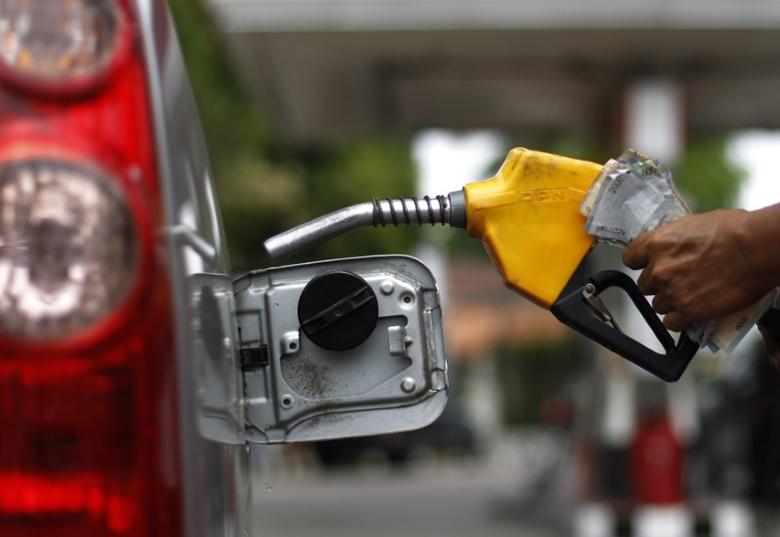 FILE PHOTO – A worker fills a tank with subsidized fuel at a fuel station in Jakarta April 18, 2013. REUTERS/Beawiharta
By Christopher Johnson | LONDON

Oil prices rose more than $1 a barrel on Thursday after U.S. data showed a surprise decline in inventories, suggesting that a global glut may be ending after moves by OPEC to cut production.

Both benchmarks are near the top of relatively narrow $4 ranges that have contained trade so far this year, reflecting a period of low volatility since the Organization of the Petroleum Exporting Countries and other exporters agreed to cut output.

OPEC and producers including Russia aim to cut production by around 1.8 million barrels per day (bpd) to drain an oversupply that has kept prices depressed for more than two years.

So far OPEC appears to be sticking to its deal but other producers, notably U.S. shale companies, have increased output, helping swell stocks in the United States, the world’s biggest oil consumer.

Industry data on Wednesday showed U.S. crude inventories fell by 884,000 barrels in the week to Feb. 17 to 512.7 million, compared with analyst expectations for an increase of 3.5 million barrels. [API/S]

“Confirmation of the bullish set of inventory data from the EIA this afternoon will send prices to the upper end of the current trading range,” Varga said. “If, however, the figures disappoint those who have gone long overnight and this morning will likely run for the exit.”

Tony Nunan, risk manager at Mitsubishi Corp, said the market needed to see that stocks outside the United States were also falling for prices to break out of their trading ranges.

“It’s a battle between how quick OPEC can cut without shale catching up,” Nunan said, referring to U.S. drilling in shale formations that has shown an upsurge this year. [RIG/U]

“What OPEC really has to do is get the inventories down.”