Refineries are rapidly ramping up capacity 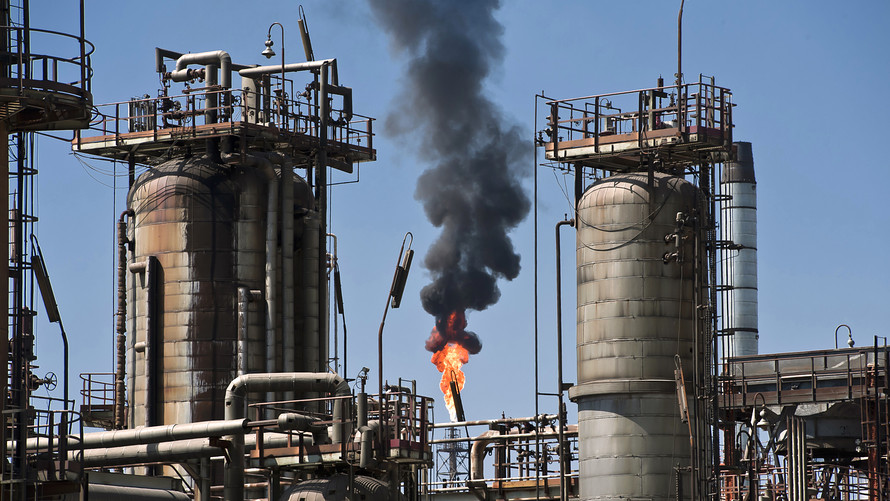 Meanwhile, gasoline for October RBV7, -3.62% slid 7 cents, or 4%, to $1.68 a gallon, after rallying last week when Hurricane Harvey hit the Texas and Louisiana coast and shut down around 25% of U.S. refining capacity due to severe flooding. There was no settlement for oil and gasoline on Monday because of the Labor Day holiday.

However, refineries are now going back online quickly and only about 11% of all U.S. refining capacity was still closed on Monday, according to Commerzbank. That means demand for crude at the refineries will increase, while the shortage that has buoyed gasoline prices is likely to ease.

“Furthermore, it is important to remember that Labor Day yesterday marked the end of the summer driving season in the U.S., so the market focus is likely to move away from gasoline again. Generally speaking, little attention should be paid in the next few weeks to reports of crude and oil product stocks and trade given the numerous short-term disruptions,” the Commerzbank analysts said.

The first inventory data for last week will be published by the American Petroleum Institute on Wednesday, delayed a day due to the holiday. Official supply figures from the U.S. Energy Information Administration are slated for Thursday.

Brent oil LCOX7, +1.76% rose 10 cents, or 0.2%, to $52.44 a barrel on Tuesday. The global benchmark last week widened its spread against WTI, as Harvey reduced demand for U.S. oil and was seen as increasing the need for imported oil. The spread, however, has started to come back down again, as operations on the Gulf Coast normalize.