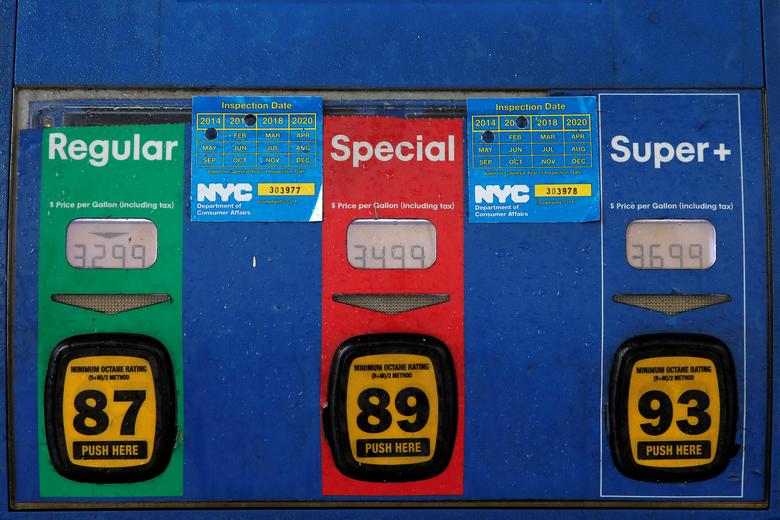 Gas prices are displayed on a pump at a Mobil gas station in the Brooklyn borough of New York, U.S., February 3, 2016. REUTERS/Brendan McDermid/File Photo
By Alex Lawler | LONDON

Oil reversed most of its early losses of almost 4 percent to trade around $46 a barrel on Wednesday, as the market recovered from an initial Brexit-like reaction to Donald Trump’s surprise victory in the U.S. presidential election.

The result caused an initial flight from risky assets in a move analysts compared with the reaction of markets in June to the news that Britons had voted to leave the European Union. But the dollar and equities pared losses, with traders citing what some saw as a conciliatory speech by Trump following his win.

Oil market analysts said while Trump’s victory raised concerns about future economic growth and oil demand, there were supportive factors for prices such as a potential shift in U.S. policy towards Iran.

“There are a lot of unknowns about what will be the Trump position in the geopolitics of the Middle East,” said Olivier Jakob, analyst at consultancy Petromatrix.

“President Obama from the start of his election worked towards a detente with Iran and we can’t be sure that President Trump will continue in the same direction.”

Trump has criticized the West’s nuclear deal with Iran, an accord that has allowed Tehran to increase crude exports sharply this year. Iran on Wednesday said Trump should stay committed to the deal.

Oil prices are less than half of their level of mid-2014, pressured by excess supplies. Other analysts cited bearish impacts from the election result.

Daniel Yergin, vice-chairman of analysis firm IHS Markit and author of The Prize, a well known history of the oil industry, said it could compound supply-side headwinds with demand concerns.

“The outcome of the U.S. election adds to the challenges for the oil exporters because it likely leads to weaker economic growth in an already fragile global economy,” he said. “And that means additional pressure on oil demand.”

In an attempt to boost prices, the Organization of the Petroleum Exporting Countries agreed in September to cut output, although investor doubts have grown that it will be able to implement the deal at its next meeting on Nov. 30.

A report by industry group the American Petroleum Institute showed U.S. crude inventories rising by 4.4 million barrels last week, weighing on oil. That would be more than the 1.3-million-barrel increase analysts expect.

The U.S. government’s official supply report is due for release later on Wednesday <EIA/S>.