Oil buckles as concern grows over battle of OPEC vs shale

Oil buckles as concern grows over battle of OPEC vs shale 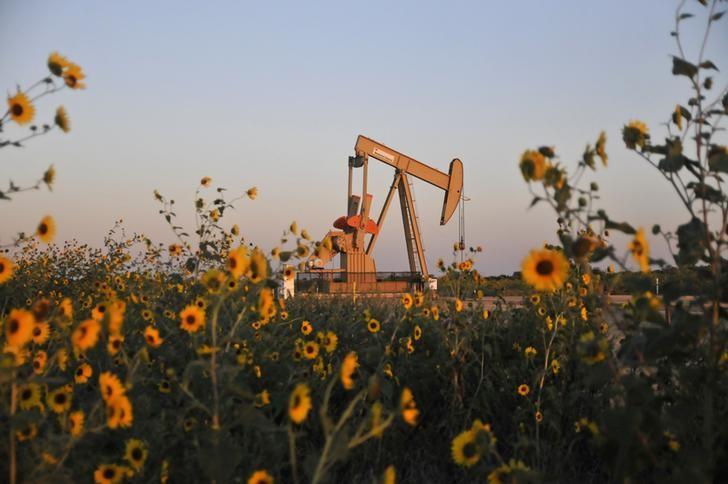 Oil prices fell on Tuesday, surrendering earlier gains, rattled by concern over slowing demand and the rise in U.S. crude output that has shaken investors’ faith in the ability of OPEC to rebalance the market.

Weekly U.S. data on crude production and inventories, plus monthly reports on supply and demand from the Organization of the Petroleum Exporting Countries and the U.S. Energy Information Administration this week, should provide a detailed picture of how quickly global crude inventories are falling.

“We really need to see some of the data starting to support the idea that global inventory levels are coming down,” Saxo Bank senior manager Ole Hansen said.

“Almost as importantly, there have been some signs that there has been some wavering in terms of demand growth.”

High U.S. gasoline stocks have fed some concern about demand in the United States, where consumer spending expectations hit a three-year low last month and vehicle sales have fallen year-on-year for four months in a row.

Coupled with that is faltering manufacturing activity and a drop in commodity imports in China, the world’s second-largest economy and biggest raw materials consumer.

Even though OPEC has stuck to its pledge to cut production, U.S. output C-OUT-T-EIA has risen by more than 10 percent since mid-2016 to 9.3 million barrels per day, boosted by the shale sector and close to the output of Russia and Saudi Arabia.

“U.S. oil production surpassed expectations in terms of an early bottoming and swift uptick, and is set to expand further based on the latest drilling momentum,” said Norbert Ruecker, head of macro and commodity research at Julius Baer.

“We see prices between $45-50 per barrel as fundamentally justified. Consequently, we have raised our view to neutral from bearish and closed our short position. An extension of the supply deal beyond June looks likely but its effectiveness will remain questioned.”

On the physical markets, barrels of North Sea crude changed hands at their lowest levels since late 2015 on Monday.

Top exporter Saudi Arabia said on Monday it would “do whatever it takes” to rebalance a market that has been dogged by oversupply for over two years.