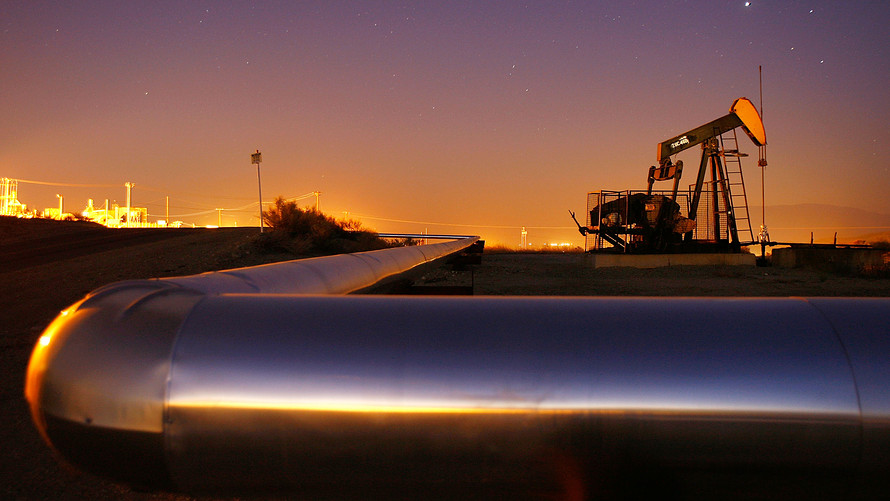 Natural-gas futures soared on Thursday, poised to mark their highest settlement since late September, after a weekly report showed that supplies of the commodity rose less than the market expected.

Natural gas is “still cheap enough at these levels to drive decent power sector natgas consumption,” said Richard Hastings, macro strategist at Seaport Global Securities. Supply increases “have been trending below some of the big historical comparisons, largely due to coal-to-gas switching.”

The U.S. Energy Information Administration early Thursday reported that domestic supplies of natural gas in storage rose 65 billion cubic feet for the week ended June 3. That was below the average rise of 80 billion cubic feet expected by analysts polled by S&P Global Platts.

The weekly increase was “bullish relative to the 95-Bcf five-year average benchmark [climb], confirming that the market is continuing to trend tighter on a seasonally-adjusted basis,” said Tim Evans, energy analyst at Citi Futures and OTC Clearing.

Meanwhile, after a three-session climb to the highest level in almost 11 months, oil futures pulled back Thursday as some analysts raised concerns that the recent price rally would prompt higher production.

“Although there is potential for a small decline to develop into a more significant drop, so far this looks like a modest technical correction following three days of gains rather than a major reversal,” said Evans.

But some were even less optimistic.

There is a real risk that rising profitability may encourage more production, said Barnabas Gan, economist at OCBC Bank, cautioning that the oil price slump over the past few months had after all been triggered by a flood of oil supplies.

“We have to wait and see,” says Gan. “It is quite clear that the market sentiment is bullish.”

Prices have climbed as global output, particularly in Nigeria, has declined. Unplanned global-oil supply disruptions averaged more than 3.6 million barrels a day in May 2016—that’s the highest monthly level recorded since the EIA started tracking global disruptions in January 2011.

Strong crude oil imports in May to China, the world’s second-largest oil consumer, were supportive for oil, but data from S&P Global Platts show that China’s apparent demand in April fell 1.3% compared with the same time a year earlier.

Oil has recently benefited from a surge in general investment interest in commodities, as concerns about the possibility of a U.S. interest rate rise later this month abated, following weak monthly U.S. jobs data that reduced dollar strength.

–Sara Sjolin contributed to this article.