London Metal Exchange has no plans for further fee cuts 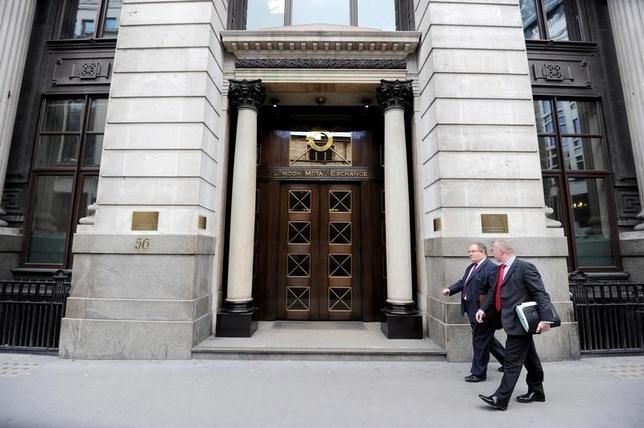 The London Metal Exchange (LME) plans no further fee cuts after announcing lower charges for short-dated trades last week, which industry sources saw as an attempt to halt a slide in trading volumes.

The exchange, the world’s oldest and largest market for industrial metals, said on Friday it was cutting fees by 44 percent for member transactions that occur between tomorrow and 15 calendar days ahead.

LME Chief Executive Garry Jones, when asked on Monday whether further fee reductions were possible if volumes kept declining, told Reuters: “No. Whether the fees go up or down doesn’t directly influence volumes. There are several other factors.”

“We hope that some of these concessions will improve volumes but they may not,” he said.

Volumes on the 139-year-old exchange have been falling since trading fees rose an average 31 percent in January 2015. The drop accelerated this year – in the six months to end-June volumes are down nearly 9 percent from the same period in 2015.

The exchange also said on Friday it would limit the charges for member and client position transfers to allow users to migrate large open positions and it was also proposing that LME Clear would reduce initial margins for LME positions.

“I can understand from the members’ perspective, their costs have been going up across the board… I can understand the squeeze on the industry and that’s what has forced out a lot of the market players.”

Jones said critics who were trying to organize an alternative trading venue to the LME were in a minority.

Former LME chief executive Martin Abbott raised the concept of a rival platform to the LME after being approached by restive brokers, unhappy with fee hikes and an LME move to boost volumes by attracting more speculators.

“Some of these alternative platforms, it’s almost like a protest vote because I’m not sure they fully understand where they’re going,” Jones said.

The LME is owned by Hong Kong Exchanges and Clearing Ltd.