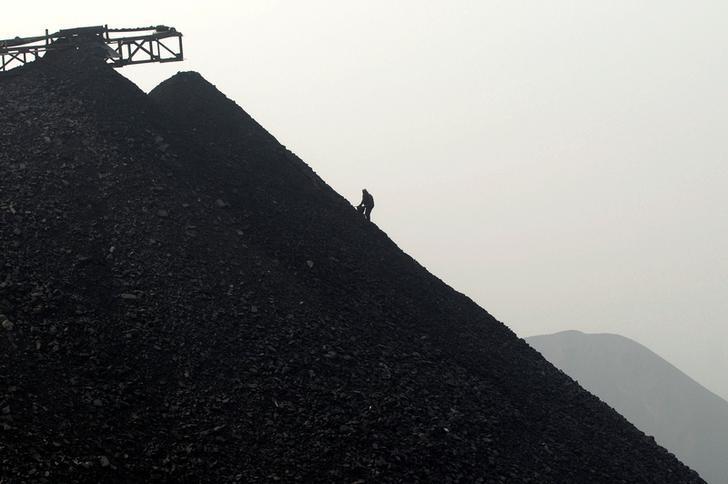 When it comes to China’s coal production, is it more important that output in November recorded yet another decline year-on-year, or that it rose for a second straight month?

The inclination is often to take the number and interpret it in the way that best suits the narrative you wish to tell.

If you want to be bullish on coal prices, the 5.1 percent decline in domestic coal production to 308.1 million tonnes in November from the same month in 2015 would be your focus.

If you wanted to be bearish, the fact that coal production rose 9 percent from October, the second straight monthly gain, is more vital.

This isn’t insignificant, given that November imports were 26.97 million tonnes, a number that was the highest in 18 months. In other words, the increase in domestic output was roughly the same as the volume of imports.

Combining November’s and October’s output gives a total 590 million tonnes, or 35 million tonnes more than what was produced in the prior two months.

The logical conclusion on China’s domestic coal output is that the trend is clearly higher, even if volumes have yet to reach what they were in the same months a year ago.

This does go some way toward undermining the narrative that Chinese miners are struggling to boost output, after being encouraged to do so by the authorities in Beijing.

Coal output dropped sharply in the first half of this year after Beijing ordered that mines could only operate for 276 days a year, down from 330 previously.

This had the effect of tightening the domestic coal market, leading to higher prices and a resurgence in imports, which drove seaborne prices to their highest in 4-1/2 years.

Both have since fallen, with the weekly index dropping 24 percent and the front-month delivery contract 22 percent to a close of $89.65 a ton on Tuesday.

It seems the market is responding to both the actual increase in tonnes mined domestically in recent months, as well as the expectation that China’s coal producers will be able to continue to restore output levels to something closer to what they were in 2015.

Coal prices likely would have fallen further were it not for a cold snap across North Asia in mid-November that boosted demand for coal and other heating fuels.

The latest forecasts, though, indicate December and January may be milder than average in China’s major cities Beijing and Shanghai, possibly resulting in lower coal demand for power generation.

While imports are likely to remain robust in December, there are now grounds for uncertainty as to how they will track in the first half of 2017.

Shipping and port data compiled by Thomson Reuters Supply Chain and Commodity Forecasts show that so far in December seaborne coal imports by China are at 17.79 million tonnes.

This is a strong figure given that cargoes leaving Australia and Indonesia in the next week or so will still have time to reach a Chinese port by the end of the month.

Seaborne imports by China were 20.49 million tonnes in November and 20.13 million in October, the two strongest months this year, according to the vessel-tracking data.

This means December is at least likely to match the strength of the previous two months, and it’s possible that volumes will remain robust in the early months of 2017.

However, seaborne thermal coal prices have little scope to rally as they have to remain competitive with Chinese domestic prices, which have declined in recent weeks.

Thermal coal at the Chinese port of Qinhuangdao was last quoted at 600 yuan a ton, equivalent to about $87 a ton.

The fact that this is cheaper than the current price at Australia’s Newcastle port, taking into account freight, duties and other costs, indicates there is still scope for seaborne prices to decline further.