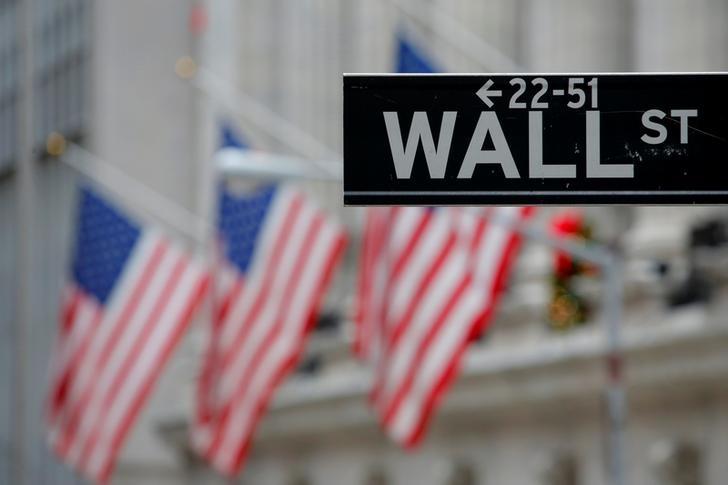 Wall Street is pushing back against a proposed rule to force U.S. banks like Goldman Sachs Group Inc to hold more capital against investments in commodities, placing what some see as an overly restrictive limit on banks’ ties to the sector.

In a comment letter filed late on Friday and not yet made public, the industry argues the proposed rule would hurt the economy, and that fears about environmental risks from physical commodities activities are overblown.

The U.S. Federal Reserve handed down the proposal in September, after a public backlash stemming from the belief that big banks’ involvement in commodities markets hurt consumers by driving up prices. The comment letter, filed by the Securities Industry and Financial Markets Association and the Institution of International Bankers and seen by Reuters, comes as big banks face an uncertain future in Washington. Even though President Donald Trump has said he favors deregulation and has hired several Wall Street executives as advisers, it is unclear how he or the new Congress will approach various rules.

Apart from Goldman Sachs, few banks have large exposure to physical commodities any longer. At one time, it was a big and lucrative business for both Goldman and Morgan Stanley, due to a quirk in their regulatory structure. Other banks, including JPMorgan Chase & Co, eventually plunged into the business as well, but exited as global capital requirements got more onerous, making such investments too costly to maintain.

The Fed’s proposed rule would formalize and increase those standards, imposing what it has called a 1,250 percent risk weighting on banks that own, trade and move physical commodities. Among other measures, $1 in capital would need to be held for every $1 investment, the regulator’s highest charge for the riskiest investments.

The rule could potentially force banks to withdraw from the commodities business altogether, because such capital charges would severely depress returns.

In its proposal, the Fed said new measures would shield banks and the broader financial system from a costly mishap like the 2010 Deepwater Horizon oil spill in the Gulf of Mexico. Advocates say the rule is also needed to help mitigate commodity price fluctuations and social conflicts that arise from commodity-related activities.

In the letter filed on Friday, the bank-affiliated groups said the rule would hurt “competition, end users, the liquidity of commodities markets … and thus the real economy.” A number of utility and power companies, including Calpine Corp, have also cited liquidity and price concerns.

Big banks have been using similar arguments in lobbying to roll back existing rules, including the Volcker rule limiting risky, speculative trading and the Durbin rule, which caps the fees they can charge retailers for processing debit card transactions.

Industry sources say the fight against the Fed’s proposal is more about regaining a competitive edge than protecting an existing source of revenue. Between 2007 and 2009, commodities trading accounted for as much as one-fifth of revenue for Morgan Stanley and Goldman Sachs.

But over the past five years, Morgan Stanley has decreased its physical commodity assets to $179 million from $9.7 billion. Goldman Sachs has shed much of its energy infrastructure as well, though it is still a major trader of fossil fuels, trading more natural gas than both Chevron Corp and ExxonMobil Corp in certain quarters, according to Natural Gas Intelligence.

As regulated banks have scaled back, specialists like Glencore Plc, Vitol Group and Mercuria Energy Group have gained ground.