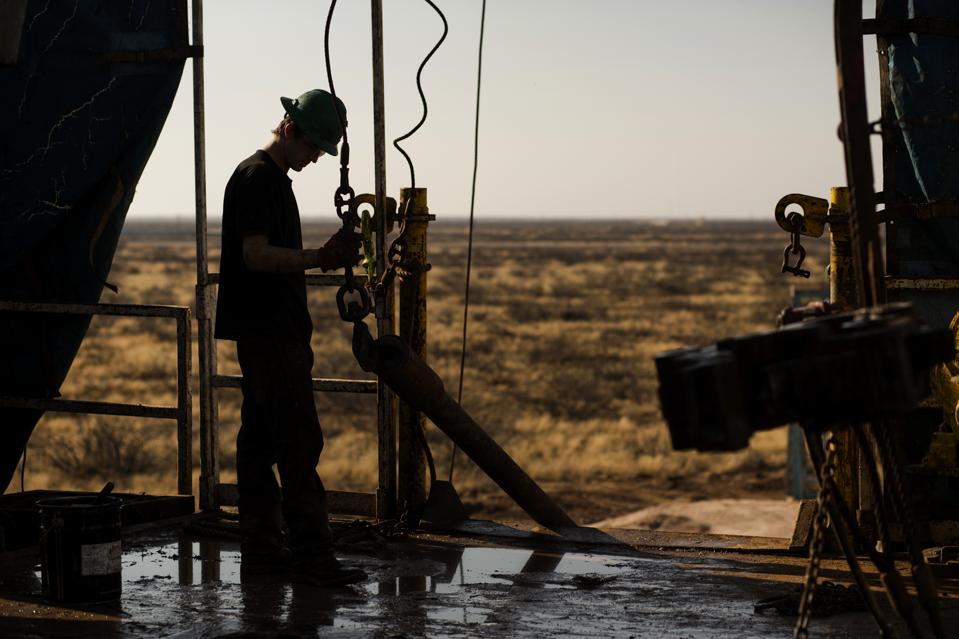 As a result of the oil price collapse that began in mid-2014, U.S. oil production declined in nearly all of the country’s major shale basins. 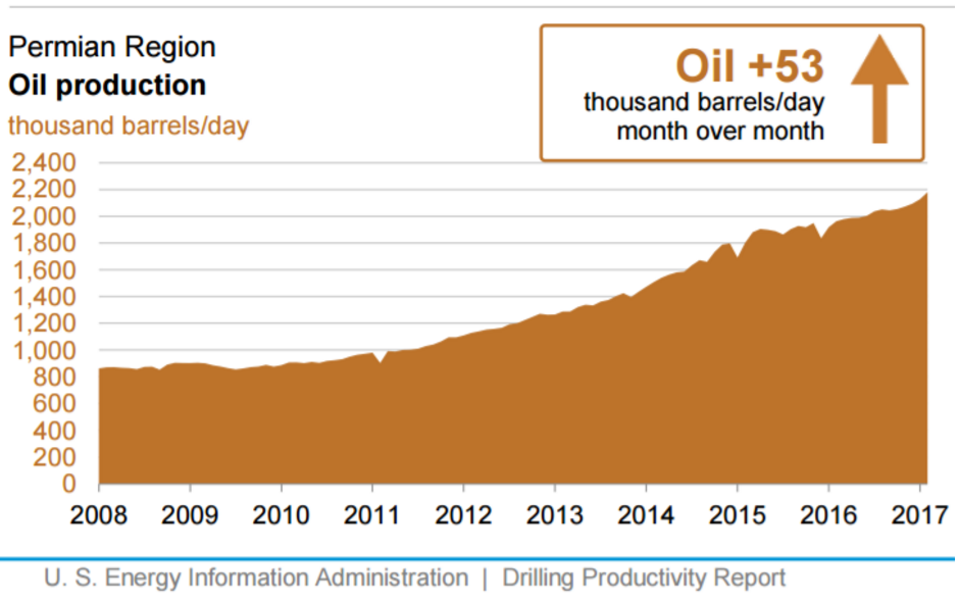 Since 2011, oil production in the Permian Basin has more than doubled, and today stands are nearly 2.2 million barrels per day (bpd). This is especially amazing considering that the region has been producing oil for nearly 100 years, and has already produced more than 30 billion barrels of oil and 100 trillion cubic feet (Tcf) of natural gas.

In 2015, only 13 countries recorded oil production greater than the Permian Basin’s current production. Permian Basin production would rank just behind Nigeria’s, but ahead of OPEC members Qatar, Angola, and Algeria.

The only oilfield worldwide that is definitely producing more oil than the Permian Basin is Saudi Arabia’s mammoth Ghawar Field. Although Ghawar hasn’t been producing for as long as the Permian, its production rate is on the order of 5 million bpd, and it almost certainly has more oil remaining to be produced than does the Permian Basin.

But unlike Ghawar, Permian production is growing rapidly. This is primarily because much of the Permian consists of multiple layers of oil and gas bearing strata, some of which boast break even costs that are lower than for most other U.S. formations. Last year the U.S. Geological Survey (USGS) announced that just one of these layers, Wolfcamp, contained the largest estimate of continuous oil that it has ever assessed. (See The Permian Basin Keeps On Giving).

The USGS survey estimated that there are 20 billion barrels of undiscovered, technically recoverable oil in the Wolfcamp alone. Although some have voiced skepticism, Pioneer Natural Resources has estimated the total recoverable resource potential of the Spraberry and Wolfcamp formations in the Permian Basin to be approximately 75 billion barrels of oil equivalent. Again, this would put the region behind only Ghawar in total recoverable resource.

Regardless of the real total, it’s clear that there is a lot of oil in the region, and break even costs are attractive relative to many of the nation’s other shale oil plays. That has driven a tremendous amount of activity in the Permian, and has seen production there increase by more than a million bpd in the past six years. That makes the Permian, in my view, the world’s hottest oil play.

But many of the land acquisitions and much of the recent drilling in the region is a bet on higher oil prices. Significant portions of the Permian Basin require oil prices to be higher than they are now to break even. A boom could quickly become a bust – something the Permian has experienced many times in the past – should higher prices fail to materialize.

Robert Rapier has over 20 years of experience in the energy industry as an engineer and an investor. Follow him on Twitter @rrapier.