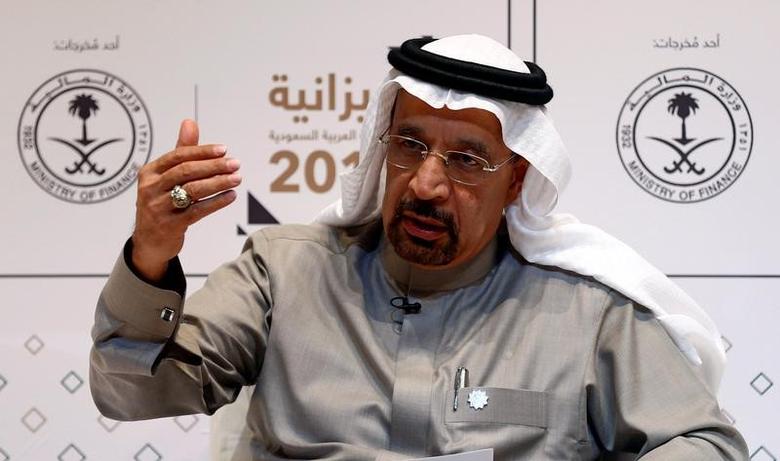 The kingdom led a pact between the Organization of the Petroleum Exporting Countries and other major producers, such as Russia and Kazakhstan, to cut global crude output by about 1.8 million barrels per day from Jan. 1, and bring supply closer to demand.

Saudi Arabia had cut beyond what it had pledged in the agreement and brought the kingdom’s output below 10 million bpd, he said.

Global oil demand would grow by 1.5 million bpd in 2017, and increased output from the United States, Brazil and Canada would be more than offset by natural declines in aging fields, he said.

“There is… cause for cautious optimism as we see the ‘green shoots’ of the recovery,” Falih told energy executives and oil officials gathered at the CERAWeek industry conference in the U.S. energy capital of Houston.

Benchmark Brent crude futures traded at $56 a barrel on Tuesday, and are up more than 10 percent since the output curb deal was struck in November.

Still, he cautioned against any “irrational exuberance” among investors.

“We should not get ahead of the market,” he said.

Oil inventories worldwide had fallen “slower than I thought,” in the first two months of the year, Falih told energy executives and oil officials gathered at the CERAWeek industry conference in Houston.

Inventories in developed countries remain about 300 million barrels above the norm, he said.

It was premature to consider whether or not the cuts should be continued into the second half of the year, he said. Those discussions would be held in May, when OPEC next meets, he added.

On Monday, oil ministers from fellow OPEC member Iraq and non-OPEC Russia also said it was too early to discuss extending the deal, while the head of Angola’s state oil firm said she thought curbs should continue.

Greater price arbitrage between east and west oil markets that “indicate the cuts are biting,” Falih said. U.S. crude cargoes have increasingly flowed to Asian buyers as the market has tightened.

Addressing many top executives of U.S. shale producing firms that Saudi Arabia targeted in a two-year price war aimed to drive many of them out of business, Falih warned there would be “no free rides” for non-OPEC producers.

OPEC would not let rival producers take advantage of the cuts and the resulting rise in oil prices to underwrite their own production investments, he said.

Saudi Arabia does not want OPEC to intervene in the oil market to address long-term structural shifts, but to address “short-term aberrations,” he said.

While Saudi Arabia welcomed increased output from shale producers to help meet rising demand, he cautioned that a fast-response from shale could be discouraging investment in multi-year, long-term projects in other oil sources.

Falih said he was concerned investment in those projects was falling behind what was needed to meet future demand increases. Demand continued to grow in the developing world and predictions that the world would soon reach peak demand were “misguided” and not helping encourage investment, he said.

The market could absorb between 3 million and 5 million bpd of new oil over time because demand is improving, he told CNBC. He did not specify over what period.

WORKING WITH THE U.S.

He praised the administration of U.S. President Donald Trump for its focus on energy issues, citing its “pro-business and pro-petroleum” policies.

“We look forward to working with the new administration,” he said.

Saudi investment in the United States is vast, and Saudi efforts to reduce global oil market volatility were of direct benefit to the U.S. oil industry, he said.

Falih, who is also chairman of Saudi Aramco, said the initial public offering of the national oil company remains on track and “we expect it to take place in 2018.”

The IPO could value the world’s largest oil and gas company at between $1 trillion and $1.5 trillion, analysts have estimated.

The company’s reserves had been partially audited ahead of the IPO and so far were bigger than those booked, he said.