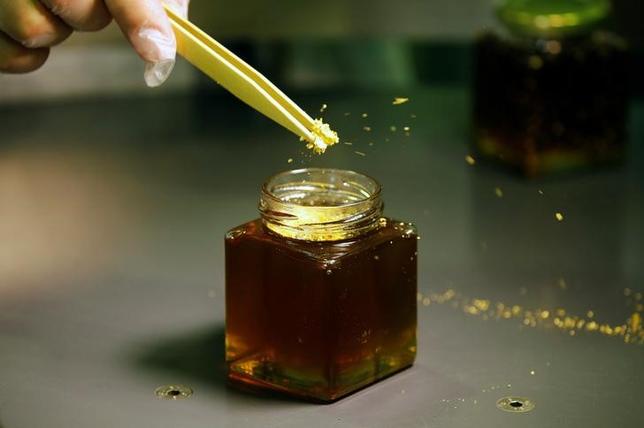 Gold rose on Thursday after the Federal Reserve stopped short at this week’s policy meeting of indicating that a further increase in U.S. interest rates is on the cards for later this year.

Uncertainty over the path of interest rates has held gold in check since it rallied to more than two-year highs in the wake of Britain’s shock vote last month to leave the European Union. Relief that the Fed was not more explicit about rates pulled it back to a two-week peak on Thursday.

“The gold price reacted quite positively to the news that there was no rate hike, and that a September rate hike is not certain,” Capital Economics analyst Simona Gambarini said. “But this is probably short-term volatility.”

“We are quite hawkish on the Fed policy for this year and next,” she said. “The Fed is running out of excuses to not hike rates.”

The dollar slid by the most in almost two months on Thursday and stocks slipped from nine-month peaks as the Fed’s cautious tone switched attention to the next round of money-printing measures from Japan.

Gold is sensitive to rising U.S. rates, which would lift the opportunity cost of holding non-yielding bullion, while boosting the dollar, in which it is priced.

“With the U.S. dollar index dipping to 96.717 from 97.173 previously, gold had an opportunity to push to the upside, buoyed by lower yields,” HSBC said in a note. “We see potential headwinds for gold if the market begins to assess a U.S. rate rise as coming sooner, rather than later.”

Among other precious metals, palladium rose to its highest since mid-October at $708 an ounce, and was later at $700.22, down 0.2 percent.

The autocatalyst metal has soared 18 percent so far in July, its best monthly performance in almost 8-1/2 years, as it catches up on gains made by other precious metals in the wake of the Brexit vote, and benefits from greater demand for cyclical assets.