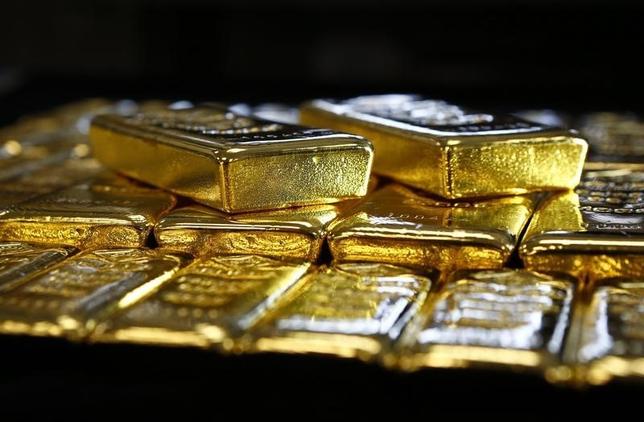 Gold slid one percent on Monday as investor jitters calmed following the failed coup attempt in Turkey, while oil prices edged higher with the turmoil unlikely to hit energy supplies.

Turkey widened a crackdown on suspected supporters of a failed military coup, taking the number of people rounded up in the armed forces and judiciary to 6,000, and the government said it was in control of the country and economy.

“Turkey is not a big oil producer nor consumer, and the oil market appears to be displaying fatigue in response to repeated counts of geopolitical ‘events’ in the last few weeks, and thus only seems to react more strongly to events that matter on the fundamental side,” said Vyanne Lai, an economist at National Australia Bank.

“Gold prices had risen quite a bit in the aftermath of Brexit but now prices are just holding at elevated level.”

The U.S. dollar gained on the yen as investors unwound safe-haven trades in the wake of the failed Turkish coup. [MKTS/GLOB]

“Gold prices are feeling some kind of pressure because of the increasing easing of risk aversion,” said Mark To, head of research at Hong Kong’s Wing Fung Financial Group.

“People have formed expectations that central banks worldwide have to include more stimulus packages in their monetary policies, leading to risk asset appreciation.”

For energy markets, Istanbul’s Bosphorus Strait, a key chokepoint for oil which handles about 3 percent of global shipments, mainly from Black Sea ports and the Caspian region, was reopened on Saturday after being shut for several hours after Friday’s attempted military coup.

“The market is looking past the coup,” said Ric Spooner, chief market analyst at Sydney’s CMC Markets. “There is no disruption to shipping. There is nothing in terms of short-term risk (to oil supply).

(Additional reporting by Vijaykumar Vedala in BENGALARU and Keith Wallis in SINGAPORE; Editing by Ed Davies)