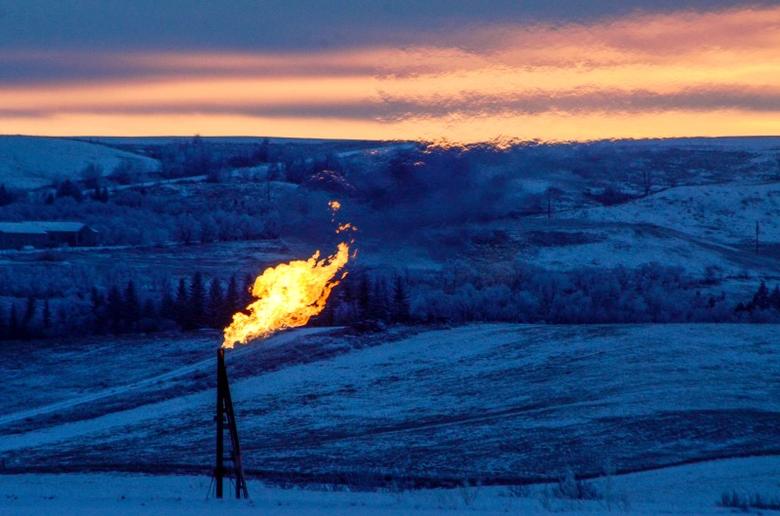 U.S. stocks of natural gas are rising much more slowly than normal for this time of year as a long, hot summer spurs record air-conditioning demand and gas burn by power generators.

Natural gas stocks exhibit strong seasonal behavior, increasing between April and October, then drawing down during winter between November and March.

But working gas stocks increased by just 22 billion cubic feet (bcf) last week, which was less than half the average increase of 55 bcf at the same time of year between 2011 and 2015 (tmsnrt.rs/2b2xJan).

Stocks have increased by less than normal in 17 of the last 20 weeks. Inventories have risen by just 859 bcf since the start of April compared with a typical increase of 1,328 bcf in the last five years.

Part of the reason is that surging temperatures have spurred record demand for air conditioning and forced power producers to burn more gas to meet demand (tmsnrt.rs/2bqWcXA).

Temperatures have been consistently higher than normal in June, July and August across most of the United States.

Total air-conditioning demand so far in 2016 has been 4 percent higher than in 2015 and 12 percent above the long-term average (tmsnrt.rs/2bqVQQC).

However, even allowing for higher temperatures, natural gas consumption by power producers has been exceptionally strong, while natural gas production has lagged.

For any given level of temperatures and air-conditioning demand, stocks have risen more slowly each week in 2016 than in 2015 (tmsnrt.rs/2bqWz4C).

The market mechanism is working its magic and ultra-low gas prices are gradually forcing production and consumption back into balance.

Cheap natural gas has encouraged power producers to maximize gas-fired generation at the expense of coal and other fuels.

Meanwhile, low prices have discouraged the drilling of new wells. U.S. natural gas production has leveled off in recent months after growing strongly in 2014 and 2015.

Stocks started the year at a record and the oversupply was made worse by mild weather in February and March. By mid-March, gas stocks were 1,014 bcf (69 percent) above the same point in 2015.

But the excess has been whittled away by strong power burn. By the middle of August, stocks were just 312 bcf (10 percent) higher than at the corresponding point in 2015 (tmsnrt.rs/2bqWLAK).

But the continuing heatwave across the eastern United States should ensure another week of very low stock builds this week.

And low prices of natural gas will incentivise maximum consumption throughout September, ensuring the rebalancing continues.

(John Kemp is a Reuters market analyst. The views expressed are his own)