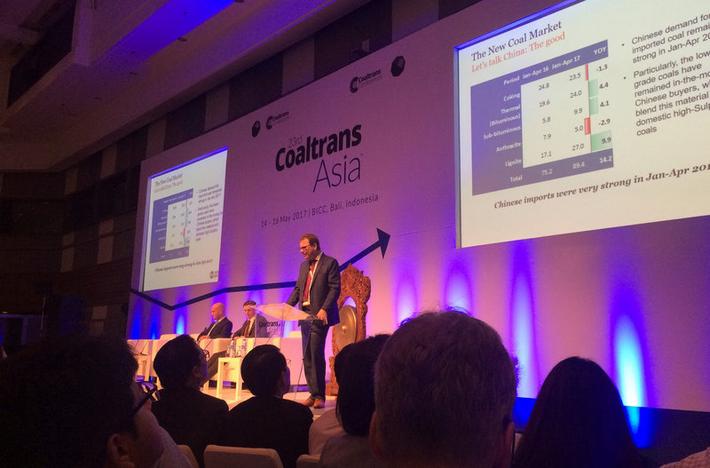 There is an increasing risk of oversupply in the global coal market as producers respond to higher prices, though power demand in countries such as Indonesia may absorb some extra output, producers and analysts said at an Asian coal conference.

The global coal market is forecast to be in an oversupply of 16 million tonnes this year, Noble Resources chief coal analyst Rodrigo Echeverri said on Monday.

“Those (producers) who are going to expand into the second half of this year are going to have to face price pressure,” Echeverri told the Coaltrans Asia conference in Bali.

“The producers are now making money, so it’s in the hands of the producers what they do with that money. To go and invest in their own production and expand it – that’s actually not a very good idea for the market,” Echeverri said.

Indonesia’s coal industry has benefited from higher prices this year after a downturn in 2015 and 2016 put many small producers out of business, though recent price declines could signal more difficulties ahead.

Australian coal prices, the benchmark for Asia, soared 130 percent to over $110 per ton last year, but have slumped by 20 percent since early April to just over $70.

“We’ve put most of our idle plant back to work – now we’ve got the decision whether we re-invest or not. And after the last five years it’s going to be quite a challenge to convince our organization where prices are going to be to justify further investment and expanding our operations in Indonesia.”

However, the chief executive of Indonesian producer PT Adaro Energy, Garibaldi “Boy” Thohir, told Reuters that he was less concerned over oversupply.

“Domestic demand from Indonesia will increase rapidly and … it’s also not very easy to ramp up production because there are a lot of challenges,” he said, citing problems that some miners, particularly for smaller ones, have in procuring heavy equipment and gaining financing.

“Yes, short term there will be a little more supply but in the medium term I’m still very optimistic,” he said.

Thohir said Adaro was not increasing output this year or for the foreseeable future as it dedicated reserves to feed its own domestic power plants.

Indonesia’s 2017 coal output may rise 11.5 percent from a year ago to 101 million tonnes, said Agung Priabadi, the energy ministry’s director of coal. Power stations would use 86 million tonnes.

In October, Sjahrir said Indonesia’s coal production could reach 460 million tonnes in 2017, up from an estimated 440 million tonnes last year, because of improving prices.

However, Indonesia output may be limited as the country’s producers divert capital to power plant projects rather than expansions, Sjahrir added.