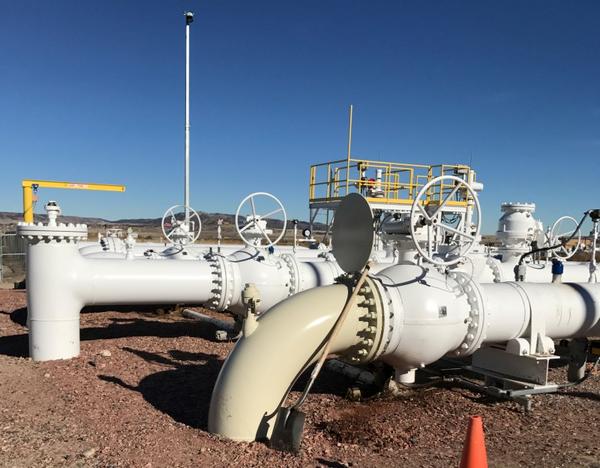 A gallon of gasoline that allows a driver on the U.S. East Coast to travel about 25 miles has already navigated thousands of miles from an oil field to one of the world’s largest fuel markets.

If its last stop is one of the region’s struggling refineries – an increasingly unlikely prospect – the crude used to produce the gas would have probably arrived by tanker from West Africa. That’s because the region’s five plants have no pipeline access to U.S. shale fields or Canada’s oil sands.

Or the journey to an East Coast gas pump might start instead in North Dakota’s Bakken shale fields – which means it could take up to three months, including a stop at a Gulf Coast refinery. The same trip would have been even longer a month ago, before the opening of the controversial Dakota Access Pipeline.

That line was nearly derailed last year by protesters. Its arduous path to approval provides one case study in the oil industry’s struggle to open up a bottleneck holding back resurgent domestic oil production – an outmoded U.S. distribution system.

As permitting dragged on for years, oil prices crashed, dimming the prospects for investment in the oil sands. Top firms have since written down or sold off billions of dollars in Canadian production assets and decamped for U.S. shale fields.

Pipeline construction often lags production booms by years – if proposed lines are built at all – because of opposition from environmentalists and landowners, topographic obstacles, and permitting and construction challenges. That forces drillers to limit output or ship oil domestically, usually by rail – which is more costly and arguably less safe.

Obstacles to pipeline construction are coming into sharp focus as resurgent shale firms, after a two-year downturn, are now on pace to take domestic crude oil output to a record in 2018, surpassing 10 million barrels per day (bpd), according to the U.S. Energy Department.

That would top the previous peak in the early 1970s and challenge Russia and Saudi Arabia for the title of top global producer.

To transport all that oil from central shale regions such as Texas and North Dakota to the East Coast, the U.S. relies largely on pipelines built decades ago. The industry has retooled many old oil arteries, and the resulting patchwork often offers a convoluted route.

“It’s a hodge-podge way of doing it,” said Tricia Curtis, oil analyst at Petronerds, a consultancy based in Denver.

That’s a new twist on achieving “energy independence,” an elusive, almost mythical goal that’s been a standby of U.S. political dialogue over the half century since Richard Nixon was president.

Surging shale has reduced import dependence, but achieving anything approaching “independence” would require an overhaul of the nation’s pipeline network – including construction of the kind of projects that face bleak prospects because of political opposition and geographic realities.

About half of U.S. petroleum consumption is on the East and West Coasts, while the large expanse in the middle of the country accounts for 93 percent of crude output in the lower 48 states.

The challenges to building new pipelines are likely to keep the East and West Coast markets – where most Americans live – dependent on imported oil, said Doug Johnson, vice president at Tallgrass Energy Partners (TEP.N), which operates pipelines and storage facilities in the central and western United States.

The Rocky Mountains makes construction to much of the West Coast impossible, as does difficult topography and dense population on the East Coast.

Tallgrass’s Pony Express line kicks off in Guernsey, Wyoming, a small town of 1,000 near the historic Oregon Trail Ruts. It’s one small example of the industry’s history of repurposing old lines. Originally built as a crude line in 1954, it was converted to a natural gas line in 1997, then changed back into a crude line in 2014.

“This thing is like the cat with nine lives,” Johnson said.

Building pipelines from faraway oil fields such as the Bakken directly to the densely populated East Coast would be a boon to energy firms and consumers. But it won’t happen, said Sandy Fielden, an analyst at Morningstar.

“That flies in the face of NIMBY,” he said, referring to the ‘not in my backyard’ political resistance to construction. “Pipelines being built across New Jersey is not considered to be a practical proposition.”

Resistance to new pipelines in the Northeast has led firms to battle for control of existing lines.

Midwest refiners are clashing with East Coast refiners over a proposal to reverse the flow of fuels on a Pennsylvania pipeline that transports refined products from east to west. Midwest refiners – who can access Dakota and Canada crudes, unlike their East Coast competitors – want that flow reversed to give them access to gasoline markets further east.

In at least one case, pipeline protesters are demanding the removal of an existing line. A 60-year-old Enbridge Line in Wisconsin and Michigan, an essential artery of oil from Canada, has come under fire from opponents of varying political stripes.

Another environmental threat comes from an irony of the patchwork of U.S. pipelines – that the network is both over-subscribed and yet, in places, underused. Because many arteries travel similar routes, they duplicate one another and often can’t operate at full capacity.

That raises the prospect of damaging leaks that go unnoticed by automated detection systems that require highly pressurized lines to function, said Anthony Swift, a director at the National Resources Defense Council.

One bright spot for firms that already own pipelines: It’s far easier, politically and logistically, to expand a line than to build a new one – making existing lines increasingly valuable.

But in the long term, the U.S. will struggle to boost production without new pipelines that serve key consumer markets, said Tad True, president and CEO of Casper, Wyoming-based True Companies, a private pipeline owner.