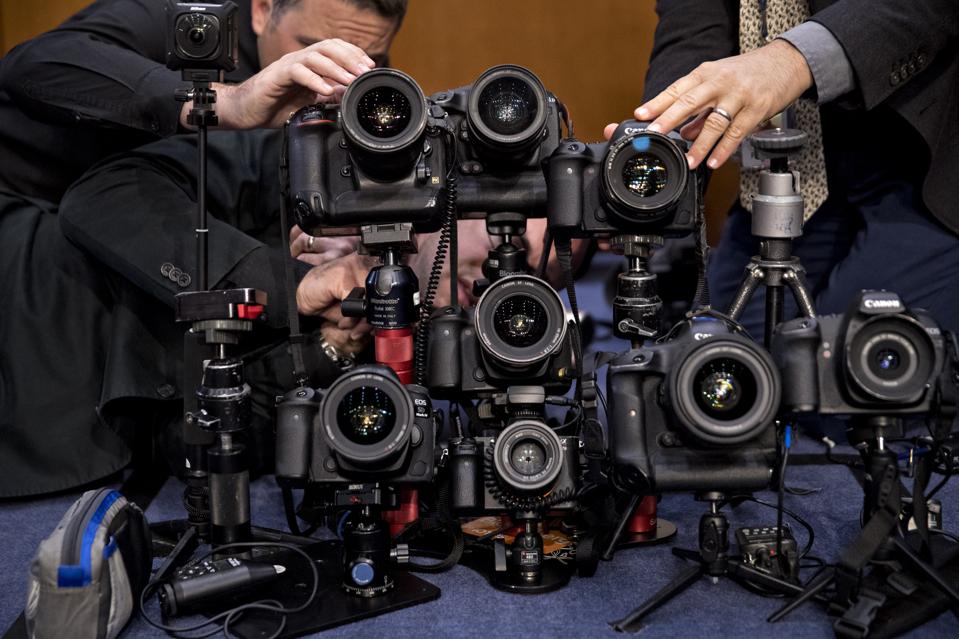 (Thursday Market Open) It’s finally “freaky Thursday” and investors find themselves bracing for potential impact from three major events they’ve been waiting for all week. Markets could be choppy as participants process this glut of information.

Topping the list for many is former FBI Director James Comey’s testimony to Congress, which starts at 10 a.m. ET. A lot of the suspense surrounding this disappeared yesterday when Comey’s testimony became public, but he’ll be answering questions from the Senate Intelligence Committee, setting up the possibility of new insight. Volume might drop during the testimony as participants head to their televisions, but it’s likely to be business as usual on Wall Street once the hearing ends.

As we noted yesterday, it’s hard to believe Comey has anything shocking to say that might move the markets, and the written testimony itself didn’t provide much information that hadn’t already leaked out to the press over the last month or two. Some analysts believe the slight rise in stocks yesterday reflected relief that the testimony didn’t contain any new earth-shattering revelations. Nevertheless, there’s muscle memory of last month’s market slide that occurred after headlines about Comey, so the market could be on pins and needles until the hearing ends.

Overseas, the European Central Bank (ECB) kept rates steady, marking the second part of the troika of events hitting the market today. The rate decision was pretty much what analysts had expected, but ECB President Mario Draghi’s comments might be more important to assess. In its statement, the ECB said it expected interest rates to “remain at present levels for an extended period of time,” but added that it would be ready to extend its quantitative easing program if needed, CNBC reported. The euro fell slightly vs. the dollar.

The third major news item of the day is the British election, where conservative Theresa May led in polls heading into the voting. It’s probably not a good idea to be too sanguine about polls, however, because polls have lost a lot of credibility after the U.S. election and Brexit. You might as well take out the dartboard. But assuming May wins, look at the make-up of the new Parliament, because the bigger concern is who May is going to have to deal with going forward. She may not have a majority any more, and that could affect the cooperation level as Brexit starts to hit the forefront.

Turning away from the “big three” events, the world seems awash in oil. Wednesday’s 5% skid in oil prices took front-month U.S. futures down below $46 a barrel to their second-lowest settlement of the year, and prices continued sinking early Thursday. Oil supplies grew more than expected last week, helping trigger the sell-off. Watch the $44 level for possible technical support. As oil futures sagged on Wednesday, so did the energy sector. Transport stocks, on the other hand, posted slight gains Wednesday and are now up 6% from recent lows (see chart). Financials and real estate also gained some ground.

Overall, the market held pretty much in place Wednesday despite some general shakiness ahead of the Comey testimony. Volatility, as measured by VIX, remains quite low, implying that a lot of the things everyone is worrying about this week might simply be noise. Many market participants want to get this stuff over with today and move on with life, as the Fed meeting looms next week. Fed funds futures currently project a 96% chance of a rate hike. 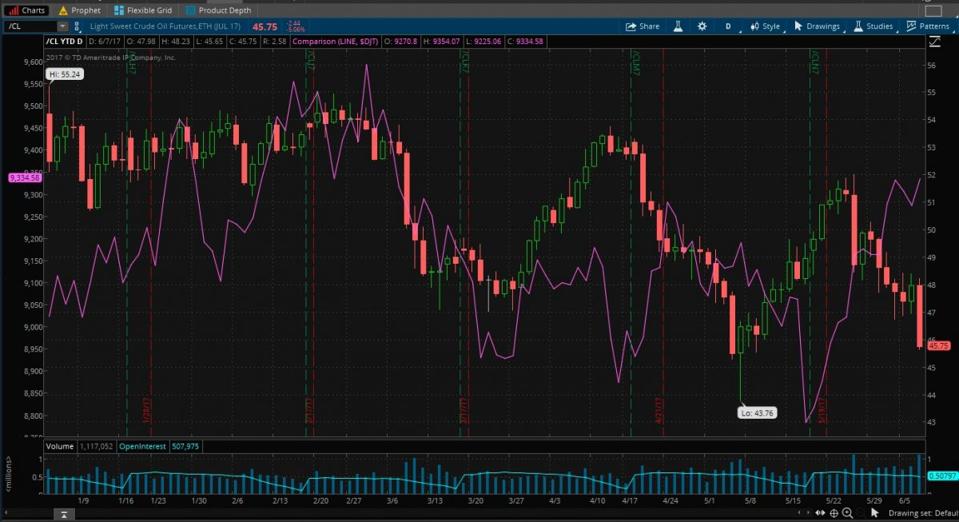 Figure 1: It’s An Ill Wind: Crude oil, plotted through Wednesday on the thinkorswim® platform from TD Ameritrade, posted its second-lowest close of the year and the weakest in more than a month. Though the slump in oil hurt many energy stocks, the Dow Jones Transportation Average, represented by the purple line, might have been a beneficiary. Transports are up more than 6% from recent lows and rose again Wednesday. Cheap oil could mean lower operational costs for airline and trucking companies. Data Sources: CME Group, Dow Jones. For illustrative purposes only. Past performance does not guarantee future results.

Feels Like Old Times: When oil prices jumped Tuesday as the dollar weakened, investors might have felt a sense of nostalgia. In the past, it was quite common for oil to rally when the dollar lost value, but the dollar has been falling all year and oil hasn’t had a rally to speak of. In fact, some analysts have said the old link between the dollar and oil might not be as strong as it used to be. Whatever the case, it seemed like Tuesday’s dollar-oil dance was short-lived, as oil slid sharply Wednesday and the dollar remained near 2017 lows. Keep an eye on this relationship as the year advances. The ties between oil and stocks aren’t nearly as strong as in early 2016, but oil remains a very influential commodity.

Get a Job: More evidence of a tight labor market surfaced this week as the April Job Openings and Labor Turnover Survey (JOLTS) showed job openings rising to 6.044 million from a revised 5.785 million in March. Employers have been telling the media lately that they’re having trouble filling jobs, and this report makes clear just how many jobs are out there. The question is whether this trend continues, and, if so, whether it starts to affect hourly wages. Check back in July for any sign of percolating wage inflation in the June jobs report. Anything above 0.3% would potentially be noteworthy.

Time for Some Data: With everything else going on this week, it might be easy to forget there’s a smattering of economic data today and tomorrow. This morning brought weekly jobless claims, and Friday morning marks the release of wholesale inventories for April. That number is expected to fall 0.1%, according to Briefing.com, after a 0.2% rise in March. The data picture gets a lot more interesting next week with both the consumer price index and producer price index for May on tap.