A clash of new and old for the lost heart of metals trading?

A clash of new and old for the lost heart of metals trading? 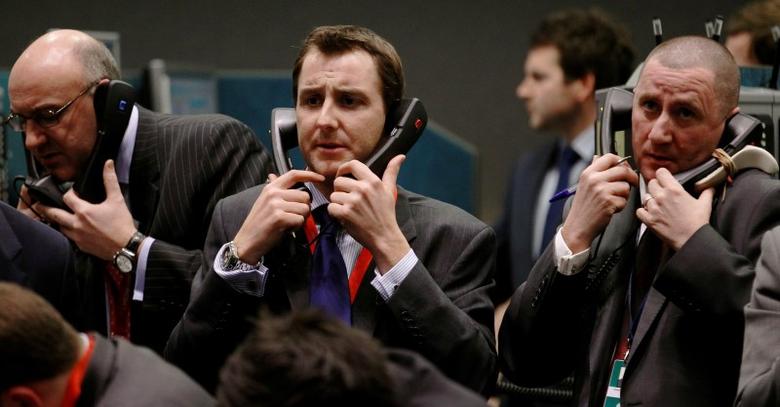 Is a showdown looming in the world of industrial metals trading?

It would, at first glance, seem that way.

The first round of the bout is scheduled for the start of next year, when NFEx is due to launch its “new market for the trading of nonferrous metals”.

There is needle in this looming confrontation.

The challenger’s advisory team includes Martin Abbott, former chief executive of the LME, Mark Bradley, a former head of market surveillance at the LME, Nigel Owens, a former IT manager at the LME and Jim Coupland, serial director and committee member of the LME over three decades.

It promises to be an entertaining and intriguing clash of the old LME guard using new weapons against the new LME guard defending old positions.

Except that things may be a bit more complex than advertised on the fight bill.

While there can be little doubt that NFEx is a direct consequence of the LME’s strategic flailing since its acquisition in 2012 by Hong Kong Exchanges and Clearing (HKEx), this battle will be fought not for what the LME has but for what it has lost.

THE FRUITS OF DISCONTENT

NFEx’s press release on Monday pulled off the tricky feat of not once mentioning the LME, other than in the biographies of most of its advisory team.

It will, though, have “contracts and trade dates (that) match established physical industry practise”.

For which read something very similar, if not identical, to the LME’s own previously unique trading system, incorporating daily, weekly and monthly prompts revolving around a continually rolling three-month anchor price.

Indeed, it is discontent about the way the new LME, under pressure from HKEx (0388.HK) to recoup some of the 1.388 billion pounds ($1.8 billion) purchase price, has tried to adapt this system that spawned NFEx in the first place.

Attempts to compensate for the resulting slide in volumes by attracting more financial players, including the high-frequency “flash boys”, just annoyed everyone more.

Around this time last year a group of brokers commissioned Abbott to conduct a feasibility study on a new LME.

At the time, it looked like a way of pressuring the LME’s executive into reversing its fee hikes. And it was partly successful insofar as the exchange did indeed partly reverse them.

That half-win loosened the original broker alliance but the project took on a life of its own, dropping on the mat of Autilla, which was already active in trying to disrupt the precious part of the London metals establishment.

A FIGHT FOR THE SHADOWS

NFEx’s target, initially at least, will be to attract the business that the LME has lost to the over-the-counter (OTC) market.

Which is, presumably, why it can without blushing claim its new platform “will not replace or disturb current trading models but will be complementary to them”.

You can’t replace what has already gone.

LME volumes have been falling consistently since the start of 2015, when the new management first raised trading fees. Only one of the core contracts, nickel, has seen volumes rise over both a one- and two-year timeframe.

Worst hit have been volumes on those short-dated spreads, particularly the shortest of all, “tom-next”, a daily position roll much beloved by financiers of physical metals stocks.

Despite media attention on the supposed battle for market-share between the LME and CME, all the evidence suggests that the disappearing volumes have gone into the OTC shadows rather than to another exchange.

The LME’s all-encompassing “Discussion Paper on Market Structure” gives a taste of what it might be contemplating in terms of trying to get this volume back.

It would, for example, “consider further reducing the fees on short-dated carries” with an offsetting rise on other types of trade.

Rebalancing fees between member and client contracts might also address the current cost incentive for brokers to place clients in an OTC structure.

NFEx, for its part, is giving little away as to its solution for bringing the shadow volumes back.

Cost will be an obvious selling point but in an age of electronic trading, where activity on even an active contract such as LME three-month copper is fractured into a million single-lot parts, how to generate liquidity without going down the same path?

As a new player, unencumbered by legacy technology or mindset, Autilla has what must seem from the LME’s perspective an enviably blank canvas.

MORE FISH IN A MUCH BIGGER OCEAN?

If it can come up with an answer, the rewards might be much greater than the crumbs that have slid off the LME’s table over the last three years.

One core theme permeating the world of industrial metals exchange trading has been the shifting balance between the share of trading originating from industrial and financial players.

One of the revelations from the LME’s consultations on its warehousing reform program was the depth of discontent among industrial giants such as Alcoa and Rusal about the financialization of what they felt to be “their market”.

This undercurrent has been running a lot longer than the last few years and is part of a broader trend of investment participation in the commodities complex.

However, there is a case to be made that the LME’s relatively high-cost structure, overlaid with a steady tightening of credit credentials for participation, has served to disenfranchise all but the largest industrial users.

Many smaller players, whether scrap merchants, wire manufacturers or die-casters, stopped actively participating on the LME many years before the fee hikes of 2012.

They may still have LME prices hard-wired into their physical contracts but how many actually hedge their exposure on the exchange any more is a moot point.

There is a yawning gap in the exchange-traded metal market space. If NFEx can find a way of filling it, the new guard and the old guard of the LME could yet find themselves unlikely allies rather than competitors.

(The opinions expressed here are those of the author, a columnist for Reuters)